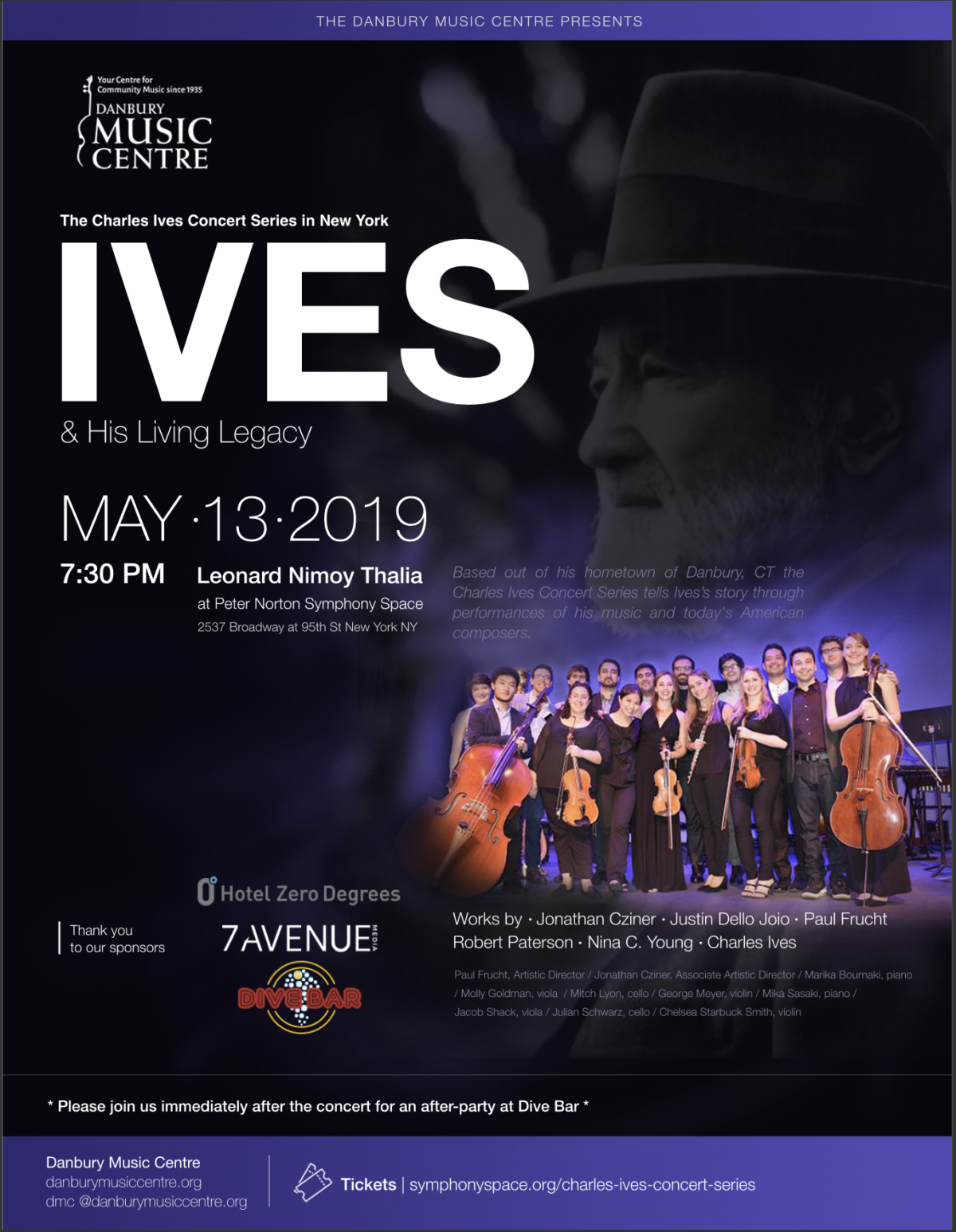 The Series is presented by the Danbury Music Centre, an 84-year old community music organization based in Ives’s hometown of Danbury, CT. Founded in 2015, the Series brings some of the most exciting emerging solo and chamber musicians in the United States to the greater Danbury area to perform the music of Ives and related works of others, American composers, and music that transcends the traditional boundaries of classical music. The Series is led by artistic director Paul Frucht and associate artistic director, Jon Cziner, both of whom are composers and Juilliard graduates.

On May 13th, the Ives Series will, for the first time, present a concert in New York City, in an effort to bring Danbury’s iconic composer’s legacy further out into the tri-state area. The program, entitled ‘The Ives Series in NY: Charles Ives and His Living Legacy,’ will feature Ives Series Artist-Faculty performing works by Ives, the series two artistic directors – Frucht and Cziner, 2019 Composer-in-Residence Robert Paterson, and Nina C. Young and Justin Dello Joio, two previous composers-in-residence. The goal of the concert is to tell his incredible story from Danbury’s perspective to a broader audience, outside of the greater Danbury area. Artists featured on the program include pianist Marika Bournaki, violist Molly Goldman, cellist Mitch Lyon, violinist George Meyer, pianist Mika Sasaki, violist Jacob Shack, cellist Julian Schwarz, and violinist Chelsea Starbuck Smith.

Tickets to the concert can be purchased and more information can be found here: https://www.symphonyspace.org/events/charles-ives-concert-series